The show Dinner Impossible from the Food Network was at a local block party today and my family was invited to attend! A friend from work lives on the street and each family was allowed to invited extra people. Well, we were honored to be asked and we had so much fun! The competition was between Chef Robert Irvine and his fellow chef Doug. The mystery judge was Robert Irvine's Sous Chef "Big Bob". The food was delicious! Everything from chicken to burgers but gourmet style! Here are some pictures from the event! The show will air at the end of Sept. or beginning of October. It was a competition one side of the street versus the other each having it's own chef. It was the black team (Robert Irvine) and the green team (Chef Doug) at the Palmer Palooza Block Party! I won't tell you who won, you'll have to tune in to watch! 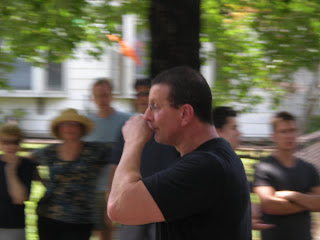 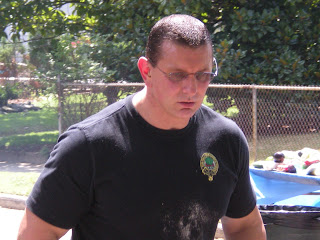 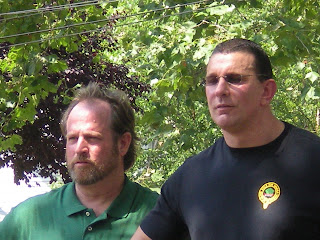 Posted by Lisa at 5:45 PM
Email ThisBlogThis!Share to TwitterShare to FacebookShare to Pinterest